“This year we (as consumers) will move towards clean, slow, and nutritious foods. We’ve come a long way as a species—from hunters and gatherers to settlers to now eating fast and synthetic food. We’ve reached a full circle, consuming wild foods and farm​​ grown foods that nourish us. We’ve realised that the way we cultivate and nurture the earth keeps us healthy. We’ve learnt that “fast-forwarding” food comes at the stake of our own health and that of the earth. (for example, by using GMO seeds or cloned saplings​ or fruit ripening chemicals​, stemming from ​”more”, “faster”, “always available”). The earth provides plenty to eat, but managing this vast resource and using it mindfully is what we need to work on. … ”

Yourstory piece on “Farmers as well as urban individuals are adopting organic farming practices and reaping more benefits; the more organic and natural the produce, the safer and healthier it is for us and for the environment.”

The Best Organic Farms to Visit in India (September 2017)

Although organic farming is a controversial concept in India, it has been saving many farmer lives and gaining prominence with city dwellers. Thankfully, some have taken it upon themselves to produce or support farmers who produce crops without the use of genetically modified organisms, artificial fertilisers, pesticides and livestock feed additives. Here are the best organic farms where you can get fresh, unadulterated produce from in India. […] 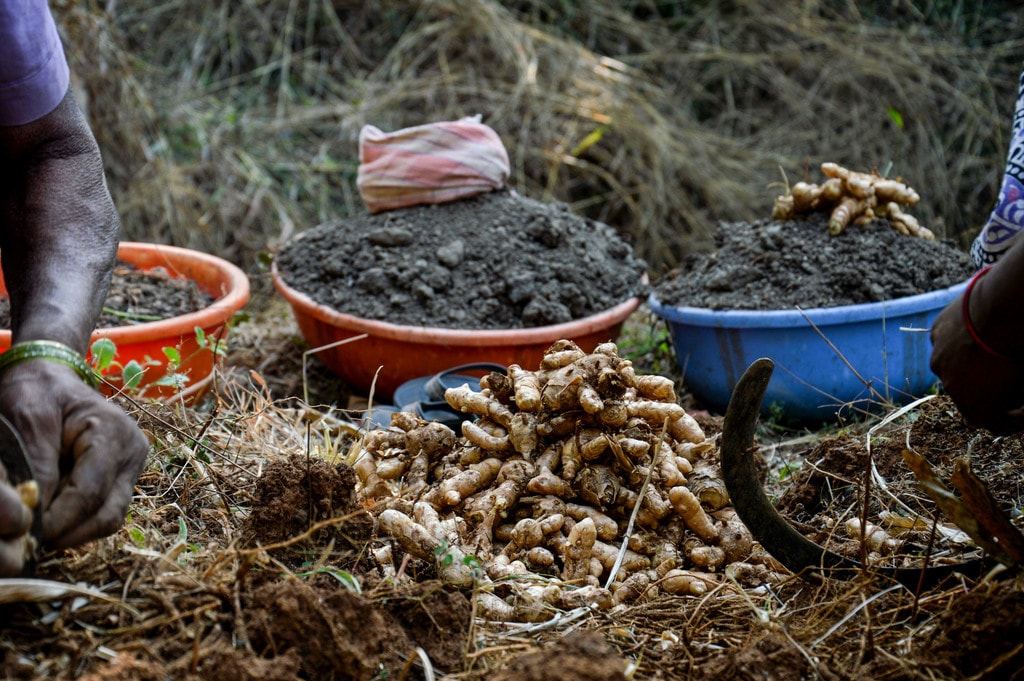 How chefs, restaurateurs and food producers are working together on sustainable dining, a movement that is slowly gathering space.

Today, Vrindavan Farm supplies produce to restaurants such as Olive Bar and Kitchen, 212 All Good, Kala Ghoda Cafe, and The Pantry. “We specialize in seasonal, heirloom and indigenous. […] Farmers have information on what’s in season and what’s local. We need to take it to the chef, who brings it to the plates. Together, we can spread the knowledge of quality local produce.”

Six years ago, Gaytri set up a fully organic farm in Wada, Maharashtra, where she grows top-notch indigenous produce including amaranth, black pepper, mangoes and baby spinach. She also supplies them to a number of Mumbai’s restaurants and hotels—The Pantry, 212 All Good, Olive Bar & Kitchen and Indigo Deli are among those who work with Gaytri to incorporate the produce she grows into their extremely popular repertoire. “In a few years from now, food security is going to become a large problem for India,” says Gaytri, who hopes to change that, one harvest at a time. Having previously worked at the Environmental Protection Agency (EPA) in Boston, she is well versed with sust 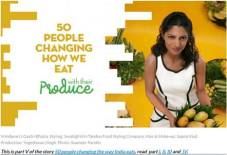 ainable models of farming, and implements them to create robust produce, a list of which goes out every week to Vrindavan’s 300 members, to announce the new harvest. She also conducts workshops and volunteer events to acquaint city folk with farm life. 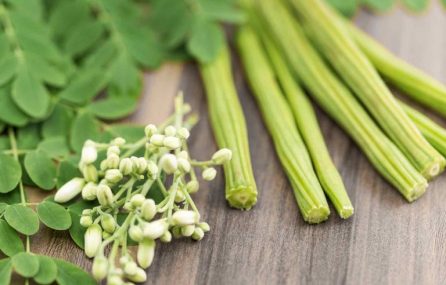 Everyone loves matcha tea—Dominique Ansel,  matcha enthusiasts in Brooklyn and Hollywood stars all swear by the premium Japanese export. While it is a great source of carbohydrates, the Indian moringa provides a better nutritional profile when compared to matcha. Moringa has over 10 times more fibre, 30 times more protein and 100 times more calcium than its Japanese cousin. Moringa is as native as it can get. It’s not just a superfood when powdered, but is actually a super tree with nutritional leaves, fruits, flowers and seeds. Do note, the flavour profiles are not the same—moringa has an asparagus aftertaste, while matcha is slightly sweeter. Where you can buy: Vrindavan Farm

Homegrown: Get Deliciously Farm Fresh Produce From Any of these Farms across India (May 2017)

Homegrown identified a list of small scale farms across India with the following key elements: non GMO seeds, pesticide and fertilizer free methods, and no use of antibiotics and growth hormones for the produce.  Among others, is Vrindavan farm. 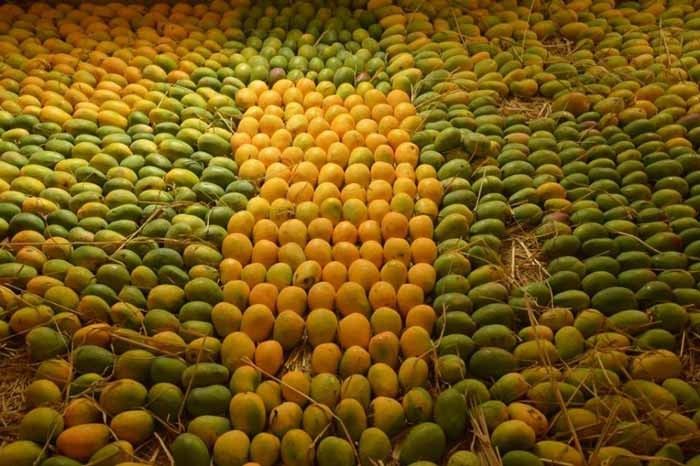 Mangoes in season at the farm

The Daily Pao: Plant of Action: How Vrindavan Farm Aims to Safeguard ‘The Future of Food‘ (April 2017)

Vrindavan Farm has over 500 mango trees of varieties such as Rajapuri, kesar, hapoos, totapuri, Ratna and batli.

Before you see the mango orchard in Vrindavan Farm, you smell it. A heady whiff of the clusters of Rajapuri, kesar, hapoos, totapuri, Ratna and batli mangoes pervades the property crowded with fruit and vegetable trees. There are over 500 mango trees on the 10.5 acre farm located in Palghar, which is about two-and-a-half hours away from Mumbai by road. The fruit will be ripe for harvest at the end of May…

Vrindavan Farm chats with IWB about their work practices, closing the gap for the youth, and knowing our food.

…”The first step has to be, closing the gap. Urban kids have become used to purchasing packaged foods, which keeps us disconnected from the ingredients that go into it. We need to expose kids to gardens (in schools or their homes), where they can get their hands dirty, learn about seed, plant food, nurture. It’s only once this relation develops, will they look to solve other issues surrounding food.”

We first came across […] Vrindavan Farm when we were planning a very intricate sit-down dinner for Hermès and really wanted to do an authentic farm-to-table experience. This meant tracking down a farmer who was on the same wavelength as us, asking them for a list of produce that would be in season at the time of the event, and actually creating the menu around what was available and not vice versa, as often happens.

Of the places Vrindavan Farm supplies it’s produce to in the city, is 212 All Good. The 212 team leads Bombay into a nourishing relationship with food. “According to [Deepti] Dadlani, the main idea for the café was to “fix the relationship issue that people are having with their food.” She further explained, “the concept emerged from a clear understanding that nourishing the gut lends to a heightened sixth sense and emotional health. The gut is your second brain, and also where 80 percent of human immunity lies.””

Discussing the status quo of bringing farm fresh produce to plates in Bombay.

A correction to what’s been quoted as Bhatia… Kala Ghoda Cafe does NOT base their menus on what producers can give. Rather, KGC goes out of their way to support producers by absorbing produce, as and when available, for use in their cafe. This is a big step toward curbing food waste.

“At Lower Parel’s 212 All Good, a newly opened restaurant that promotes clean eating, everything (except the olive oil and balsamic vinegar) is sourced locally, even the miso for its pumpkin miso soup […] At Olive Bar and Kitchen, heirloom tomatoes come from a farm near Nashik. However, at the forefront of this gradual but definite shift towards locally sourced produce is Vrindavan Farm, 127 km from Mumbai. The farm supplies organic produce to city restaurants, including 212 All Good and Olive.”

The Daily Pao: Return of the King – Where to Get Organic Mangoes this Season (May 2016)

“Everything from the planting to the harvesting and packaging of the fruit is done by hand. The farm, which has over 500 mango trees, sells Rajapuri, kesar, hapoos, totapuri, Ratna, batli and Sindhu varieties…”

Listen to a Podcast on the trend among Bombay restaurants to source locally-grown produce, including tisanes and mangoes from Vrindavan Farm.

Farming as we know it is an age old practice and has been feeding us since time immemorial. … The fact is a lot of farmers in the rural areas are using chemical fertilisers, pesticides and hormone applications in their farms, due to a lack of knowledge, and also to get early and abundant produce. The passionate folks we spoke to believe that the time has come for us to take the organic route, and spread this knowledge to the rural farmers as well.

A culinary journey – Around the World in 12 Dishes is a collection of recipes and stories of small food-producers, celebrating diversity and building an intimate relation with our food and its sources. Created by Imogen Wells and designed by Elespacio (Spain), this collection features the mighty Moringa from apna Vrindavan Farm.

A Letter to the World: Manifesto (October 2015)

“In the coming decades, food crises will pose the greatest challenge to global stability. We need a fairer, more sustainable food system and we need it now.”  Part of the long-term project The Mansholt Letter, the Manifesto was initiated by Het Nieuwe Instituut (Netherlands) in collaboration with Slow Food.

Vrindavan Farm represented India as 1 of the 11 delegates at Terra Madre Giovani, 2015. Steward of Vrindavan Farm, Gaytri Bhatia, shares her personal story and the state of Agriculture in India, at the closing ceremony of Terra Madre, held at the Milan Expo 2015. 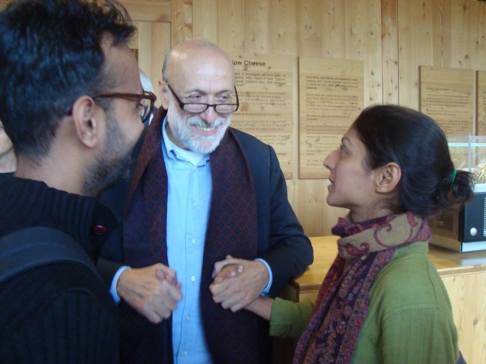 “…Today, Vrindavan Farm produces on average 5,000 kg (most of which is mango) of vegetables and fruits a year, in addition to herbs…”

Brown Paper Bag: New Crop Quitting the City to be a Farmer (April 2015)

“… Product range, apart from the actual farm produce itself, includes pickles, brines, herbal teas and preserves, made with ingredients from the land. Armed with a prior knowledge of environmental science, Gaytri has been working to create a sustainable, chemical-free model of farming.”

“Kumud Dadlani, who did her master’s in food studies from Italy’s University of Gastronomic Sciences, undertakes research on food sources. She also volunteers at Vrindavan Farm, not far from Mumbai. The farm supplies moringa in all its forms, fresh, dried and powdered, on order.” 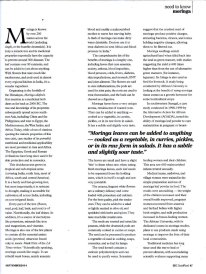 “The land will yield when you sing tunes to it, believes Bhatia whose passion for organic farming practices produces the juiciest, most divine mangoes ever”

Oooh la la! Some months ago, I sank my teeth into the juiciest, pesticide-free mangoes, papayas, coconuts and vegetables. All carefully and lovingly grown by the Bhatias, on Vrindavan farm, short of Mumbai. Although fresh mangoes are available only during the months of May through June, you must ask for mango preserve and mango with a twist (with fresh spices) too. Ask for the 100%  natural herbal tea (now available in Indigo Delis). Bhatias farm “in harmony with nature”.”

One thought on “Media”